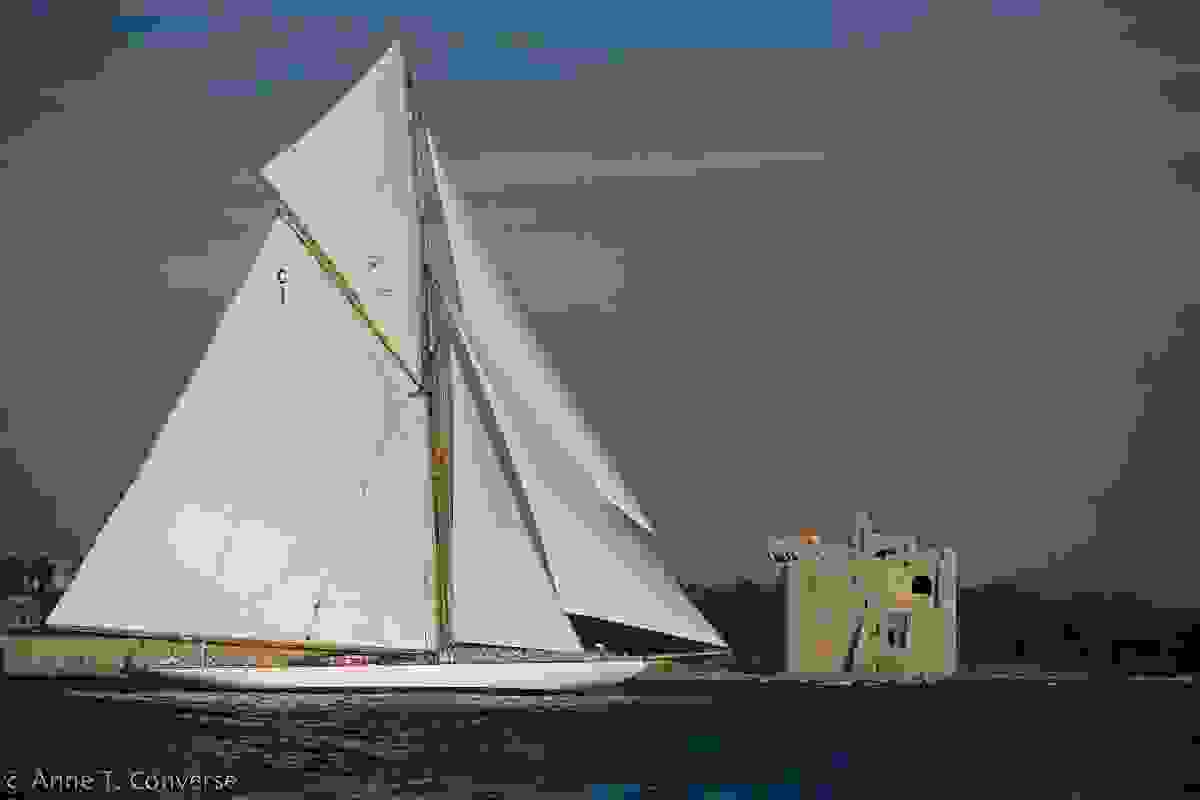 Growing up, I spent my summers on Buzzards Bay in Massachusetts, where I was lured to sailing and the ocean and garnered a great respect for Mother Nature. I learned to sail on my grandfather’s Herreshoff 12 1/2 and have loved classic boats ever since.

I first saw the Newport Classic Yacht Regatta in 1983 and fell in love with the yachts. Since then, I’ve photographed a number of yachting events, culminating in the

150th Anniversary of the America’s Cup Jubilee Celebration, in Cowes, England, off the Isle of Wight in August of 2001. In 2002, I published "Wood, Wind and Water, A Story of the Opera House Cup Race of Nantucket", a race which I had been photographing for a number of years. I went on to photograph the Classic Yacht Racing in Cannes and Saint Tropez, France, from 2005 to 2012.

Many of the boats seen in these races are restored, classic wooden sailboats from the 1800's and 1900's. Others are replicas. A resurgence of the majestic J-Class yachts, from 120'-137' long, built to race in the America’s Cup in the 1930s, began when a few were rescued from the mudflats in southern England and restored in the 1980s. Since then others have been constructed from old designs and photographs, leading to some exciting races races worldwide.

As a photographer, I continue to photograph the classic yachts and one design sailboat racing. I like to capture not only the beauty of the yacht but the spirit as well.

Please visit my store to purchase from a curated selection of Sailing photos.